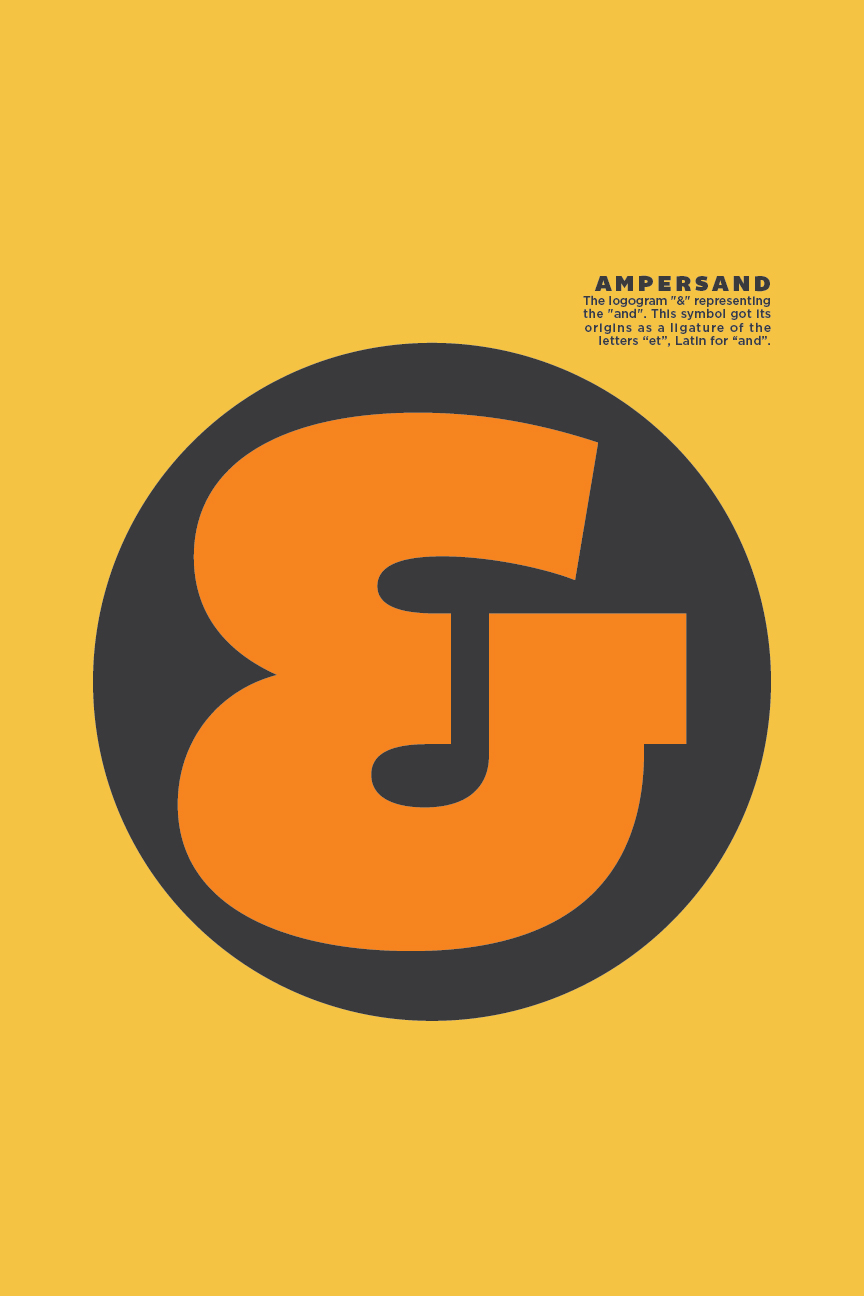 Once a month during our editions of Typography Tuesday, we discuss the importance of typography and its impact on the design elements of your brand.

In this installment of Typography Tuesday, we look at everyone’s favorite logogram: the ampersand! The ampersand is so engrained into our consciousness that we don’t even really need to think about it to know what it means. And for good reason: that’s why it was created! The ampersand originated in the 1st Century A.D. as a ligature of the word et, which is Latin for–you guessed it– and.

It first appeared in the 1st century A.D. In the Old Roman cursive, the letters E and T were occasionally written together in a ligature. Over the next eight centuries, the use of ligatures general diminished but the et ligature continued to be used.

The Evolution of the Ampersand

The ampersand became more stylized and less revealing of its original form over time. The modern version has remained largely unchanged since the 9th century when the Carolingian ampersand was developed. The modern italic type version is a kind of “et” ligature that goes back to the cursive scripts developed during the Renaissance. After the advent of printing in Europe in 1455, printers made extensive use of both the italic and Roman ampersands. Since its roots go back to Roman times, many languages that use a variation of the Latin alphabet make use of it.

The ampersand even appeared as a letter at the end of the Latin alphabet. In fact, up until the 19th century, “&” used to be part of the English alphabet as the 27th letter. When the alphabet was recited one would say “X, Y, Z and per se and”, which was eventually slurred to ampersand. By 1837 the term had entered common English usage, where the logogram was eventually dropped from the English alphabet because it was the only letter not representing a speech sound.

Why We Love It

We love the ampersand because it’s beautiful in its simplicity. Plus it can be found in many incarnations throughout the history of typography, which (we think) can make for an interesting element to your design efforts should you incorporate it into your design. It also comes in handy when you’re tweeting, amiright? Here are some of our favorite versions:

Do you ever incorporate the ampersand into your design? Why do you like it? Leave your thoughts in the comments below!